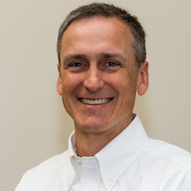 ...received a Bachelor of Arts degree in Economics from Pomona College in 1991. He worked as an Equity Analyst at Duncan & Branson from 1991 until 1993. Brad joined RCM Capital Management in 1993. While at RCM he became a Managing Director and served as both a Senior Portfolio Manager on the Institutional Investment Team and Chief Investment Officer of the Private Client Group. These two groups represented the majority of the firm's $15 billion of assets. Brad received his Chartered Financial Analyst designation in 1995 and is currently a member of the CFA Institute and the Security Analysts Society of San Francisco. Brad joined the firm in 2006 and is a partner.